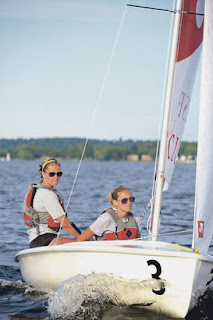 
BEMUS POINT – Preservation and improvement plans for the Chautauqua Lake area were presented at a rally Saturday at the Bemus Point Casino on the shore of the lake.
Chautauqua County Executive Vincent Horrigan presented the program to more than 100 residents and representatives from area organizations. Several speakers were featured at the rally.
One of the improvements for the watershed area is to have a public sewer district in the northern area of the lake, near Mayville. The estimated cost of the new district is $31 million. More than 1,200 private septic systems are currently in place in the area. Michael Manning, project manager, and Janelle Chagnon, project engineer, provided information about the proposed project.
Septic systems within 250 feet of the lake have been determined to release phosphorus into the lake and contribute to the blue-green algae and other pollution factors in the waters. A warning was issued Friday by the Chautauqua County Department of Health that the harmful algae and toxins are growing in the lake. Starting in January, the Chautauqua County Health Department will start mapping and identifying private septic systems. The maps will result in further testing of the private systems and identifying systems that are overflowing into Chautauqua Lake.
There are four wastewater treatment plants that discharge into the lake for customers who are connected to public systems. An integrated sewage management plan was completed by the firm of O’Brien and Gere to prioritize needs to improve the lake water. The goal to improve the public system is to reduce the harmful discharge into the lake by 2018.
In addition to the public and private sewage systems, there are other sources that release phosphorus into the lake. Private septic systems and public treatment plants were determined to be the most influential of the sources. The other supplies include rainwater, farm discharge and residential groundwater. Targeted areas will also include private camp areas along the lake shore that have systems at a low elevation that risk flooding and overflow into the lake.
There are also plans to expand the South and Center Chautauqua Lake Sewer District and including the area of Ashville. The engineering report to expand the district is $41 million and would serve about 770 occupied lots in the area over a stretch of more than seven miles.
Chagnon said that applications have been completed for several grants to help fund both sewer treatment projects. She said the timeline for the projects will be dependent upon financing by the county.
“With the average wages in Chautauqua County, they are eligible for zero percent financing,” she said.
She said the annual wages for the county define the area as an “economic hardship” zone.
She said both the north and south-center projects are targeted for beginning in 2018.
Assemblyman Andrew Goodell, R-Jamestown, asked the engineering representatives if upgrades to the current sewer treatment plants should be completed before new users are connected to public sewer systems. The speakers said that upgrades and eliminating private sewer are both important to the reduce pollutants into the lake.
Representatives of the Chautauqua Lake Association also provided information on the state of the lake. The CLA’s mission, since 1953, is to monitor the condition of the lake and investigate issues that could damage the waters. They also remove debris and weeds from the lake for cleanup and safety for water sports.
A new organization, the Chautauqua Lake and Watershed Management Alliance was formed in January and is focusing on cooperative efforts to maintain and improve the lake. There are 29 founding members of the alliance representing communities around the lake including lake related organizations, local government representatives and businesses owners. Erin Brickley, executive director of the alliance, announced receipt of a new grant to help stabilize streams that flow into the lake.
Mark Geise, planning director for the county, also summarized efforts that his department is coordinating to help enhance the lake. He said a focus project this year is on submerged aquatic vegetation. He said the department is looking at balancing proper vegetation and the conflicts of dangerous species such as the water chestnut.
The annual rally also included informational booths and representatives from environmental agencies.
Chautauqua Lake is 17 miles long and two miles wide at its widest point. It is a drinking water source for many areas in the county and is the discharge basin for treated water from public sewer systems. The lake is ranked as one of the best sport-fishing areas.

The Buffalo News works to promote civil conversation in the comments section below. Please review the user guidelines before commenting.
Having trouble posting a comment? Visit The News' commenting troubleshooting page.
comments powered by Disqus 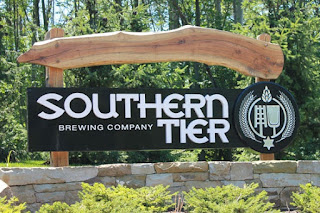 By Marylynne Pitz / Pittsburgh Post-Gazette
Chautauqua, the lakeside retreat in western New York, attracts thousands of people each summer to its lectures, concerts, plays and art exhibitions. But controversy over the fate of Chautauqua Institution’s historic amphitheater has sparked protests about how the nonprofit is governed.
More than 400 property owners are expected to attend a meeting Saturday to press for more transparency from the 24-member board, which meets and votes behind closed doors.
The property owners’ revolt began as opposition to the institution’s plans to demolish its historic, open-air amphitheater and replace it with a replica that will be accessible to all. The 122-year-old building, which is used for religious services, lectures and concerts, is at the center of Chautauqua’s National Historic Landmark District. An organization called Save the Amp has gathered more than 2,400 signatures at its website.
Many Chautauquans agree the back porch behind the amphitheater and the backstage are in dire need of improvement and that the building should be more accessible. But the community is sharply divided over whether the amphitheater should be restored or replaced. George Murphy, a vice president and spokesman for Chautauqua, said a structural analysis of the amphitheater will be released next week. It was prepared by Old Structures, a New York company that specializes in assessing historic buildings.
Pittsburgh cardiologist William Follansbee, who has visited Chautauqua for 68 years and owns a home there, struck a chord when he sent a letter to the community’s residents July 18.
While Chautauquans believe in democracy and “the free and open exchange of ideas,” he wrote, the community is “run by a very small number of individuals, none of whom are elected, all of whom are appointed. And they are appointed by the same very small group of people.”
Four years ago, the cardiologist noted, Chautauqua “went to court to protect its exemption to New York State sunshine laws. ... Hearing descriptions of what happened in a meeting after the fact, sometimes long after the fact, is not the same as attending it.”
There are 1,100 property owners who live in homes or condominiums on Chautauqua’s grounds. Typically, properties range in value from $200,000 to $500,000.
A new bar was set when Joseph Kanfer of Cleveland recently built a modern, three-story house with an enclosed swimming pool on North Lake Drive for $7.3 million. His annual tax bill is about $155,000. Mr. Kanfer is CEO of GOJO Industries and a major donor to the amphitheater project. His home was designed by Martin J. Serena of Chicago, the architect overseeing the project.
Marylynne Pitz: mpitz@post-gazette.com or 412-263-1648.


DUNKIRK – Officials from Chautauqua and Erie counties went on a fishing expedition Wednesday and returned for a forum on how Lake Erie can spur tourism and economic development.
The city of Dunkirk’s small boat harbor was the launching spot for the fishing tour coordinated by the Chautauqua and Erie County Fish Advisory Boards.
Dunkirk Mayor A.J. Dolce went out fishing with a group that included Chautauqua County Executive Vincent Horrigan; Assemblyman Andrew Goodell, R-Jamestown; and County Legislator George Borrello, R-Silver Creek. Charter boats were provided for the tours and volunteers provided a luncheon of fresh walleye after the excursion.
After returning from the morning fishing excursion, Horrigan introduced many local leaders from Chautauqua and Erie counties who gathered at the Northern Chautauqua Conservation Club on the small boat harbor. Horrigan has been very supportive of efforts to promote tourism along the shoreline.
Horrigan turned the floor over to John “Jay” Warren, who is heading up the county’s Lakefront Water Revitalization Program. Warren said 10 communities from Sunset Bay in the town of Hanover to Ripley at the state line have come together to write plans that promote preservation of the lake as well as economic development, tourism and recreation along the harbor.
The target area for the program is along Route 5, which runs through all the communities. The area includes a 500-foot zone along the shoreline and tributaries at the lake.
Other speakers told the group about the economic impact of sport fishing.
Dolce took the opportunity to promote the city’s shoreline for a SUNY Fredonia research facility, museum and learning facility. “We really hope our time is coming for SUNY Fredonia to get a chance to have this facility at our harborfront,” Dolce said.
He said plans to improve the city’s breakwall and other harbor improvements, including recreational equipment and a promenade along the beach area, are nearing completion. Since the opening of a boardwalk several years ago, city leaders have been setting their sights on new businesses that attract others to the harbor. Dunkirk was the site of a large fishing tournament last weekend.
“We hope to offer even more activities for people who fish and the family members who travel with them,” Dolce said. 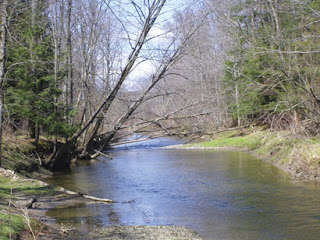