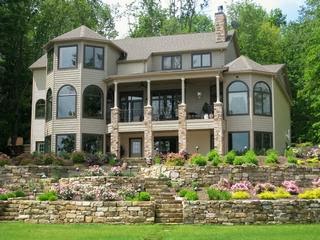 It was not easy, but two local snowmobile clubs have landed competitive grants to upgrade trail grooming equipment.
With hundreds of hours put into their applications, the Chautauqua Lake Snowmobile Club and the Lake Effect Trailbreakers recently received funds from New York state's Consolidated Application Funding.
The Chautauqua Lake Snowmobile Club's grant totaled $139,600, which will be used to fund a new snow groomer. The Trail Breakers' grant of $192,000 will be used to buy a new snow groomer and purchase a new drag, a device that is towed behind a groomer to cut bumps in the trail and smooth the snow as well as compact the snow.

Submitted photo
According to Dave Crossley, a member of the Lake Effect Trail Breakers who was influential in coordinating the club's grant application, the club has been operating with inefficient, outdated groomers that are prone to breaking down.
"It is entirely volunteer service that runs groomers," Crossley said, adding that the volunteers are excited to try out the new equipment in upcoming seasons. According to Crossley, the new groomer should be purchased and ready to use by next season.
According to Paul Weatherlow, secretary of the Chautauqua Lake Snowmobile Club and the Snowmobile Clubs Of Chautauqua County, the new groomer will be added to the Chautauqua Lake Snowmobile Club's fleet not to replace an older model, but to provide a better overall grooming experience, for both the groomer operator and those riding on the trail.
"The technology in groomers does change and improve, but not too fast. Newer, more efficient fuel-injected, turbo-charged diesel engines get better mileage. The front blades and hydraulics are better. The controls and creature comforts inside the cab continue to evolve. When you jump from a 1997 model to a brand new 2014 machine, there is a very noticeable difference," he said.
With the club grooming nearly 190 miles of trails, a new groomer makes a significant difference.
Weatherlow added that when each club registers their grant application, they must select the type of grant for which they are applying. Based on the type of grant, the Consolidated Application Funding program selects a set of questions the club must answer to present a case for receiving the grant.
"The actual website opened up during the summer, and the snowmobile clubs spent several hundred hours on each grant application," Weatherlow said,
Weatherlow explained that the Regional Economical Development Council Office annually reviews and rates each grant application according to a specific criteria. Based on that rating, the amount of money allocated to each club is decided, with the highest rated clubs earning the amount requested, and lesser rated clubs earning a portion of the grant money remaining. Clubs unable to make a successful case do not receive any funding.
"Out of the 235 snowmobile clubs in New York state, only 10 of the clubs who made the effort to make a grant application were awarded a groomer grant," according to Weatherlow.
A 2012 study by the SUNY Potsdam Institute for Applied Research revealed that snowmobiling has an annual economic impact of $868 million on the Empire State. The study also showed that visitors snowmobiling tend to spend an average of 13.04 days in the Chautauqua-Allegany region.
According to Crossley, Western New York is a link to Allegany County and eastern New York, which brings tourists through the area and increases revenue for businesses - snowmobilers visit hotels and restaurants and need to purchase gasoline to keep riding.
Weatherlow said that of the 2,332 family memberships at the Chautauqua Lake Snowmobile Club from previous years, 75 percent of the members were from outside of Chautauqua County, with many visiting from Ohio and Pennsylvania.
As of Tuesday, trails in the county were closed due to lack of snow and warmer temperatures. So far this season, there have only been five days of open trails, but a cold spell predicted for the middle of next week might change that.
For up-to-date trail condition information, call the county hotline at 800-242-4569. 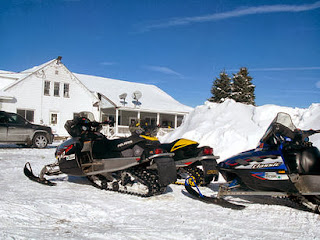