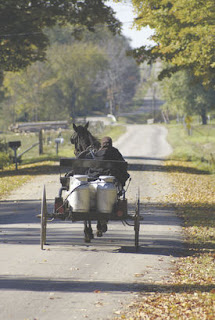 Celebrate the Colors of Chautauqua 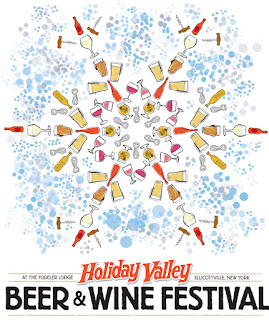 November 9-10, 2012, 3:30 to 7:30 PM, Yodeler Lodge
Holiday Valley Resort, the Ellicottville Brewing Company and Southern Tier Brewery will host the 9th Annual Beer and Wine Festival at Holiday Valley’s Yodeler Lodge on Saturday, November 10, 2012 from 3:30 to 7:30 PM. Guests will be able to sample over 100 hand-crafted beers from over 30 of the best New York State and American craft breweries and wines from New York, Southern Ontario and Ellicottville vintners. Once again there will be live music by Big Leg Emma!
Brewers include: Sierra Nevada, Magic Hat, Great Lakes, Erie Brewing, Saranac, Southern Tier, Ellicottville Brewing, John Harvard's, Ithaca, Roerhbac, Woodchuck, Custom Beer Crafters, Butter Nutts, Original Sin Cider, Harpoon, Voodoo, Smutty Nose, Long Trail, Hebrew and Otter Creek...plus many more! Wineries include several of New York's award winners like Miles and Fulkerson plus Heron Hill, Fox Run, Merritt and the Winery of Ellicottville.
Tickets for the 2012 event are available on line now and by September 21 at Wegmans.
Price is $45 presale and each ticket includes a $5 food voucher! The presale rate is available until November 2. Ticket sales will be limited so be sure to purchase your ticket early. If there are tickets available after November 2 the price is $55.

Join us for the 5th Annual Beer & Food Pairing Event Nov 9th .The evening will feature the unbelievable flavor combinations of nationally recognized craft beers and classic seasonally focused cuisine. This year’s event will be an informal and intimate Brew Master Meet & Greet. This unique opportunity will allow you to meet Brewers from Popular Micro Breweries. Our food station selections have been specifically designed to pair beautifully with the nuances of the craft beer flavors as they serve as a complement and counterpoint for these selections. Brewers will be on hand to discuss each beer with you and explain the pairing decisions.
The Brewer Meet & Greet Dinner Extravaganza will be held at Tannenbaum Lodge, Holiday Valley at 6pm on Nov 9th with hors d’ oeuvres beginning at 6:00 PM and stations opening at 7:00 PM. Tickets are $65 per person. Join us for a night of good people, good beer, and good food.
Complimentary shuttle service will be provided from the Inn at Holiday Valley, Tamarack Club, Alpine Meadows, Wildflower and Snow Pine Village. Space is limited and reservations are required. Call 716-699-2345 to make your reservation OR purchase on line.


Pumpkinville, one of Ellicottville’s favorite family excursions opens for the season

September 15th thru October 31. If you have not had the pleasure of a visit to Pumpkinville you must make it a priority this year. Kids of all ages (yes that means adult kids too) enjoy everything from the great pumpkin patch, the authentic 120 year old antique cider mill , hayrides, the petting farm to the crafts and freshly made PUMPKIN doughnuts. The best part is that admission is always free!!

Following a visit that soon will be televised, Chautauqua Lake has become one of the lakes deemed worthy to be part of a new type of competitive bass fishing designed specifically to be viewer-friendly.


It is called Major League Fishing.


"In order for us to grow our sport, we've got to get outside the outdoor group," Gary Klein, operating executive of Major League Fishing, said Aug. 29 from the porch of the Athenaeum at Chautauqua Institution.


Fishing, Klein said, has never been called a sport. He wants that to change by the way this new venture is presented. Major League Fishing is intended to be entertaining to people who do not necessarily fish.


"We're trying to create a sport out of fishing," Klein said.


Accomplishing this necessitated a change from the old format of boats blasting off at the tournament start, classically with fog lifting off the water in the background, then competitors weighing in their catches at the end of the event, hopefully with a cheering crowd to liven things up.


The problem is, there is not much for spectators to see in between. Fishing tournaments in various forms were planned for the entertainment of participants. Other than watching blast off and weigh in, people who did not take part as competitors did not have much of an idea of what was happening. Organizers of Major League Fishing realized that a new format was needed in order to reach an audience.


With Major League Fishing, the television audience is in the boat with every competitor. Viewers follow the bass anglers through their high points and their low points. The intensity of competitive bass fishing, something most people have never imagined, is seen in a personalized way. The format reveals the anguish, anxiety, excitement and emotions the public has never understood about fishing competition.


So how did those big-name bass anglers fare at Chautauqua Lake?


For that, you will have to wait until the event is televised. Based on some of the experiences of others at the time of the event, it should be exciting. For details go to the websites www.outdoorchannel.com or www.majorleaguefishing.com.


MIKE BLEECH can be reached by e-mail at mikeb73@verizon.net. Read more of his columns at NWPAoutdoors.com.