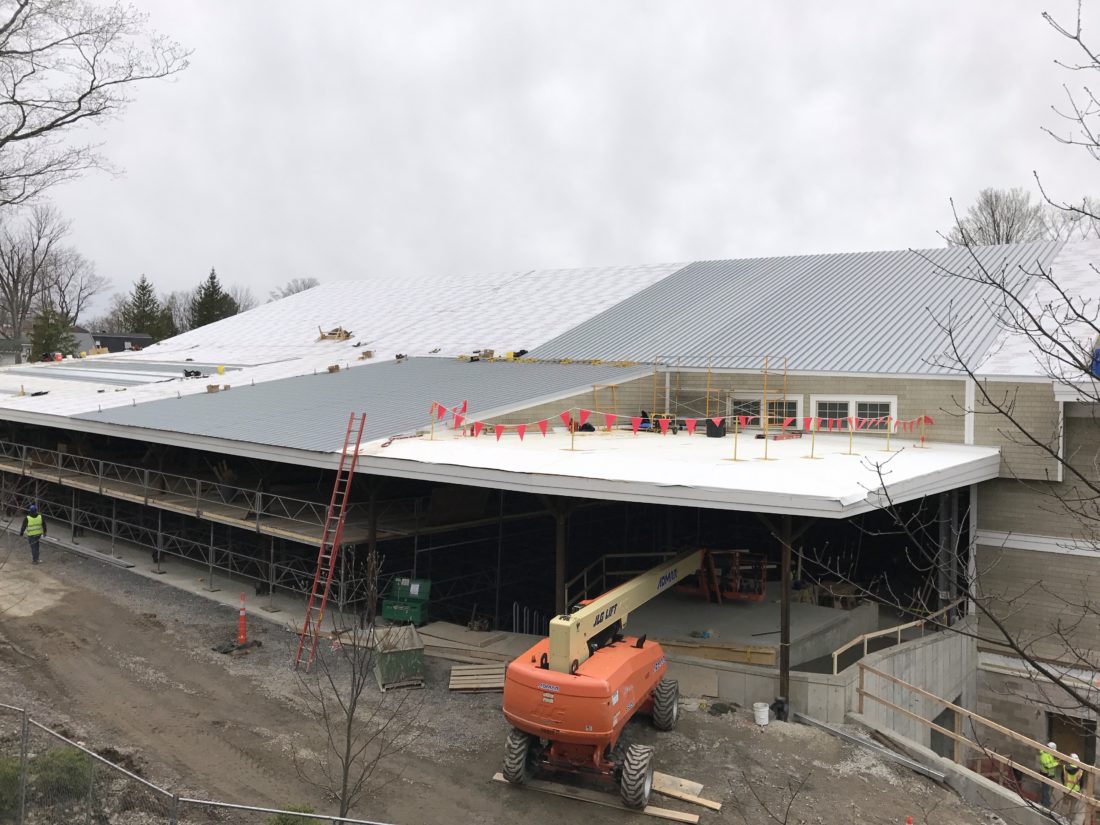 The first performer to grace the stage at the new Amphitheater this summer will be none other than Aretha Franklin.
Jordan Steves, Chautauqua Institution interim vice president of Marketing and Communications and director of communications, said the institution is honored to welcome Franklin to the new facility. She recently announce she will be retiring later in the year, which will make the sold out June 24 performance one of her last, Steves said.
“We start out 2017 with a bang with Aretha Franklin,” he said. “We can’t think of a better way to start out a new era with a new Amp.”
The new Amphitheater is still under construction, but the progress is going well, Steves said.
“We are really looking forward to starting a new season with the new Amphitheater,” he said. “Things are going really well. The weather has been really cooperative for the most part … we’re on schedule if not a little bit ahead.” 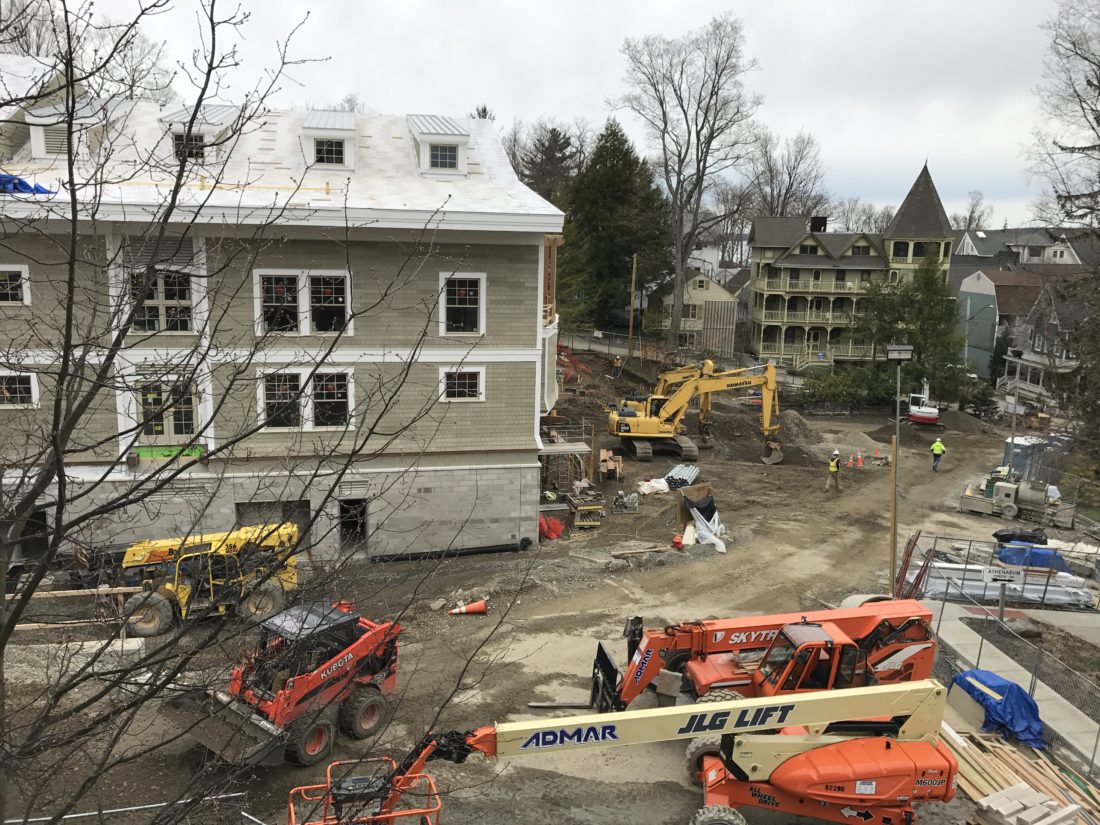 Another view of the work being done near the rear of the structure.

As for the construction, currently, the crews are working on finishing the concrete in the bowl of the structure, while other members of the crew are installing the ceiling which will be reminiscent of the old Amphitheater ceiling. Steves said roof work is also continuing on the metal roof.
In the back-of-house, he said a lot of finish work is being done, such as installing fixtures, mechanical, electrical and plumbing work.
“That’s all been progressing very well,” Steves said.
Steves said the institution administration is “exceedingly optimistic” that the project will be completed in time for the opening of the season. Likewise, the Jamestown High School graduation will be the first public event held in the new Amphitheater, he said.
All-County Spring Festival has been moved to the State University of New York at Fredonia as the timeline was a little too tight, Steves said. However, he said the hope is it is a temporary relocation. 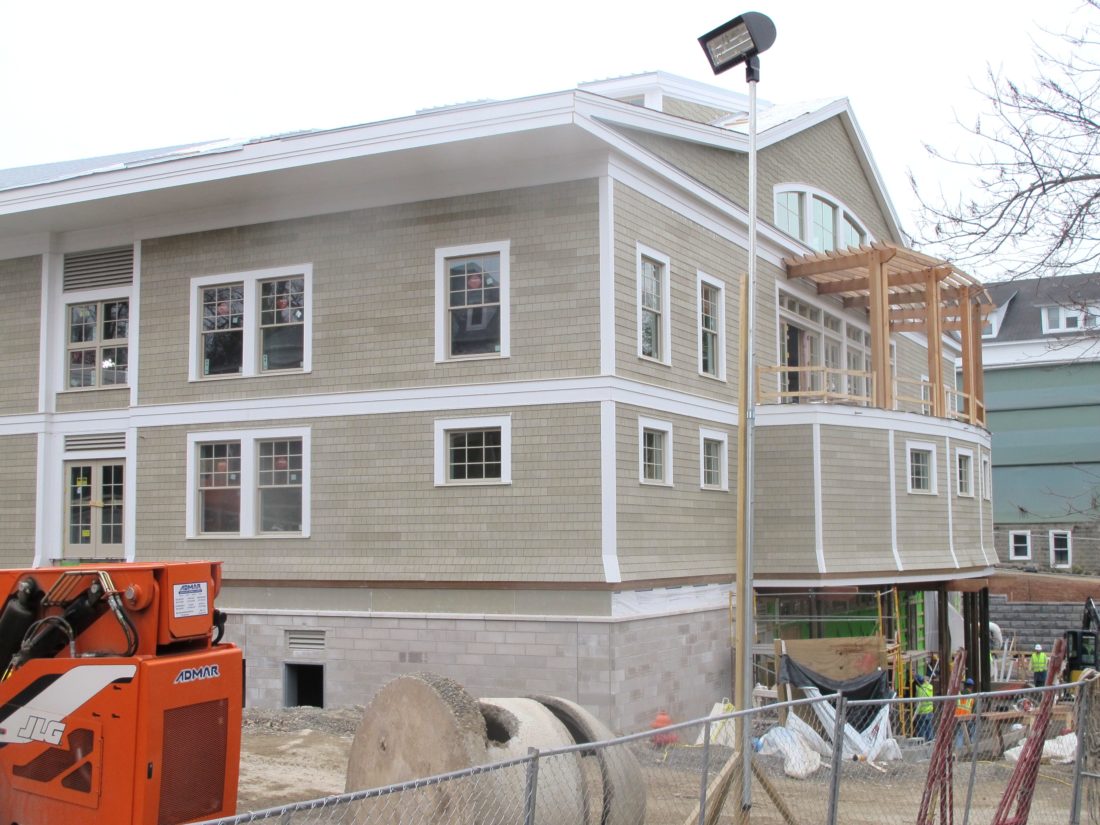 Construction is still underway and remains on schedule at the Chautauqua Institution Amphitheater. Pictured is the back-of-house area, where finishing work is currently being completed. P-J photo by Katrina Fuller
After the Amphitheater project is finished, Steves said other smaller projects could be necessary on the institution grounds, such as improvement of the School of Fine and Performing Arts dormitory facilities, but nothing to the size of this project.
“When you have a campus as big as ours, there is always something to maintain,” he said. “I don’t think, at least in my time working at Chautauqua, there will ever be as big of a project as the Amphitheater project.”
For more information on the project, visit ciweb.org.

For More Information On Chautauqua Lake Real Estate and Living Visit: www.chautauqualakehomes.com
Posted by rickandjuliarealtors at Saturday, April 15, 2017 No comments: Links to this post

More Information On Chautauqua Lake Real Estate and Living Visit: www.chautauqualakehomes.com
Posted by rickandjuliarealtors at Wednesday, April 05, 2017 No comments: Links to this post